Slavery is probably one of the most heinous of modern-day injustices. It connects to a huge variety of other atrocities such as terrorism and war as well as organised crimes such as the drug trade and corruption (to name but a few). Even wildlife trafficking has been connected to the trafficking of humans (as illustrated in Cinéma Humain’s film HORN). The exploitation of vulnerable individuals for financial gain is an issue as old as time. Yet, it has never been so concealed and so widespread at the same time as it is today.
Researchers estimate that approximately 21-36 million people live in slavery today. Staggeringly, such a statistic indicates that there are more people enslaved today than at any other point in history – including the period when the slave trade was legal in Europe and the United States. During the height of slavery in the southern parts of the United States for example, a slave cost an average of $40.000 (Source: Disposable People: New Slavery in the Global Economy. See also books from: Free the Slaves). Today on the other hand, a single slave costs the trafficker as little as $90. It is therefore unsurprising that traffickers do not regard their slaves as investments worth valuing. If a slave becomes problematic or ill, he/she is simply discarded … or worse … murdered.

During the escalation of the refugee crisis in Europe, this disgusting attitude of traffickers dramatically came to the fore once more. In August 2015, a truck with Hungarian number plates and Slovak text on the sides was discovered abandoned in eastern Austria. Inside, police found the lifeless bodies of approximately 70 refugees. Austria’s Chancellor Werner Faymann told Al Jazeera that there is a pressing need for all nations to work together to avoid traffickers taking advantage of the desperation of thousands of people. Speaking to a group of reporters soon after the tragic discovery, Faymann said, ‘Today refugees lost the lives they tried to save by escaping [conflict], but lost them in the hand of traffickers’ (read full report here)

The ruthless nature of traffickers is of course well-known. Several narrative and documentary films have already highlighted that the victims of trafficking are merely seen as paycheques or objects to manipulate at will. Not my Life (2011), a documentary directed by Robert Bilheimer, succinctly illustrates to what extent traffickers are able to psychologically distance themselves from the cruelty they inflict on other human beings. Romania is one of the principal recruiting areas for traffickers, given the socio-economic state of the country. From here countless women and girls are forced into the sex industry across Europe while traffickers are rarely caught or, if they are, only receive light sentences for their actions. In fact, as is pointed out in the film, there are heavier sentences for dealing drugs than dealing in humans (see clip below). While in Romania, the filmmakers visited Zoha prison in Bucharest to interview two convicted traffickers. The first, a Turkish-Romanian man called Trian, describes his dealings in terms of an agreement, a contract of sorts between consenting individuals:

‘I don’t feel guilty. We made agreements with families. Mother and daughter. I went to these families who were poor. I said look, instead of being poor, instead of begging or robbing, come with me outside the country. You will have more material things.’
The second man reveals an even more sinister side of a trafficker’s psyche. Ovidiu is a young pimp who consistently sold women into the sex trade despite himself coming from a wealthier background. He was convicted for trafficking, but only served a four-year sentence and is now back on the streets. What makes this moment so disturbing in the film is the subtle way in which it illustrates how little remorse Ovidiu experiences for his actions. Instead of regretting his decisions, he seems to find pleasure in the memory of his crimes. 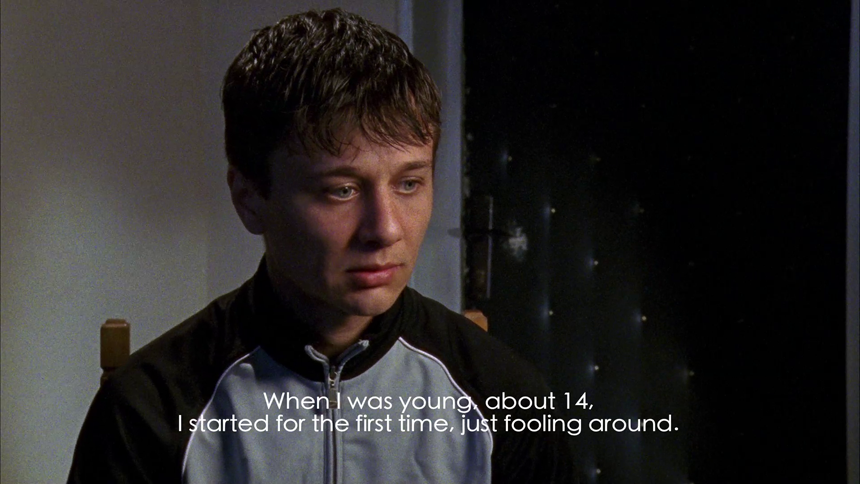 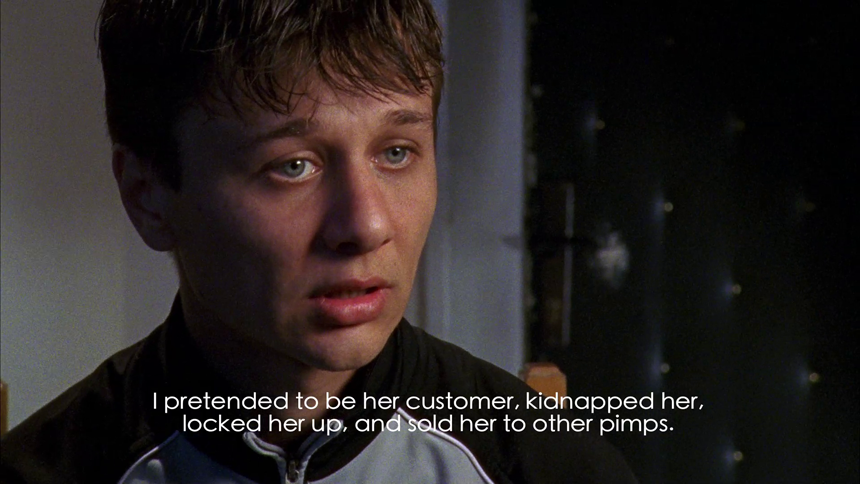 Ovidiu, the a young pimp recounting his experiences

The sequence opens with Ovidiu explaining how he began his career as a pimp and trafficker. Initially, he seems regretful and downtrodden – upset even. He looks around nervously. When he glances up at the interviewer it is only for a few seconds before looking down at the floor again. His young age is apparent at this stage. He reveals that he was only fourteen years old when he first kidnapped and sold a prostitute to another pimp. What is striking about his confession is that he admits he did it for no other reason than boredom, for the sake of ‘fooling around’. The payment he received for his first crime pushed him towards becoming a regular trafficker. One could momentarily be forgiven for pitying this young man – putting his actions down to a misguided youth. As his account of his past continues however, this initial nervousness dissolves into pleasure as he recalls what he did to the women he kidnapped, locked up and sold into the sex trade. 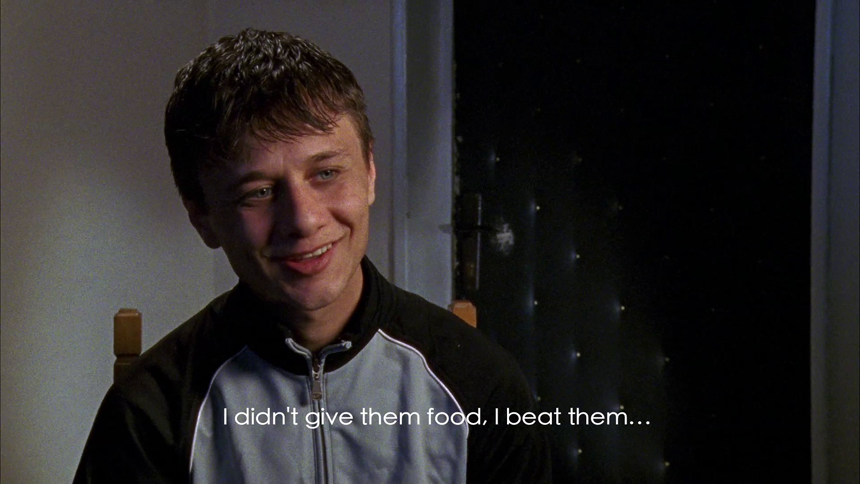 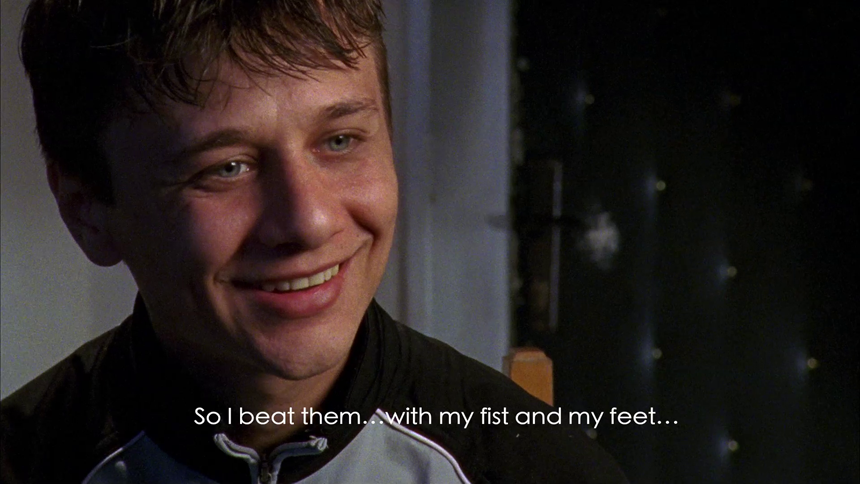 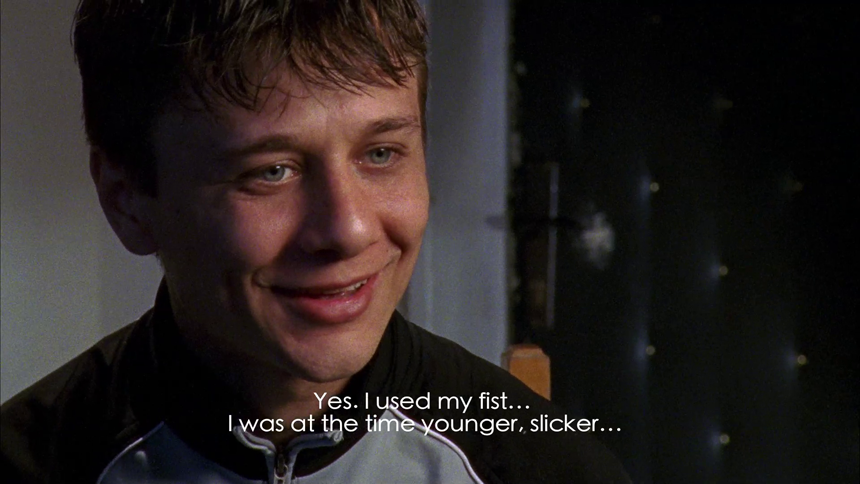 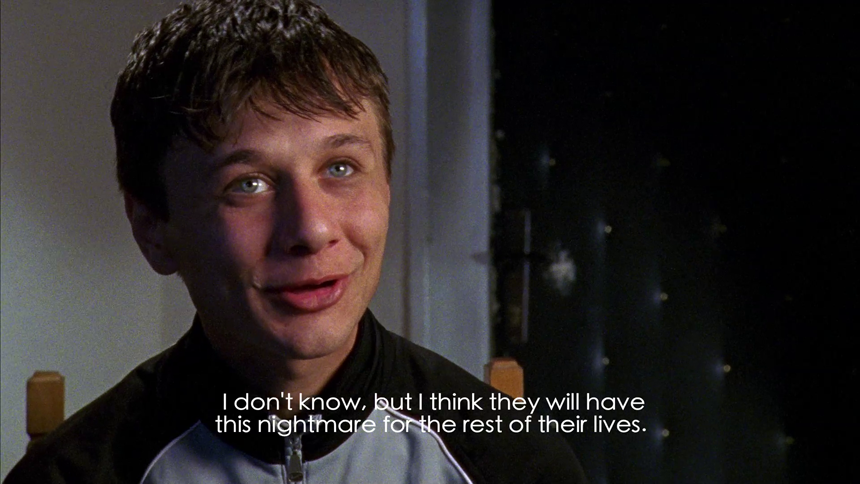 Ovidiu explaining how he began his career

It is at this point that his total lack of remorse becomes most apparent. He smiles as he tells the interviewer how he abused the women – hitting them, kicking them and not giving them food. The violent behaviour clearly gave him a sense of power over his victims. He does not even seem to register the possibility that what he did was wrong and traumatic to the women. Only when pressed by the interviewer does he acknowledge that they probably suffered. Even in this acknowledgement there remains a disconnectedness that seems to speak volumes for the type of mind-set required to exploit women and girls in this fashion. ‘I think they will have this nightmare for the rest of their lives’, he ponders, ‘Some of them manage to change, but they will never again be normal women.’ As he says this, he smiles briefly once more before the nervousness returns. He looks back at the interviewer as the scene cuts to the account of one of his young victims.

Watching this sequence gives one the distinct impression that exploiting the lives of others is the human condition. Given the character of our current global environment, modern slavery and the trafficking it requires have adapted their methods so as to become invisibly woven into the very fabric of our contemporary way of life. On numerous occasions in Not my Life, moments of injustice almost seem normal – as if they are simply part of our daily lives. A boy fishing on the river, a truck driving down the road, a girl weaving, people strolling in the suburbs. 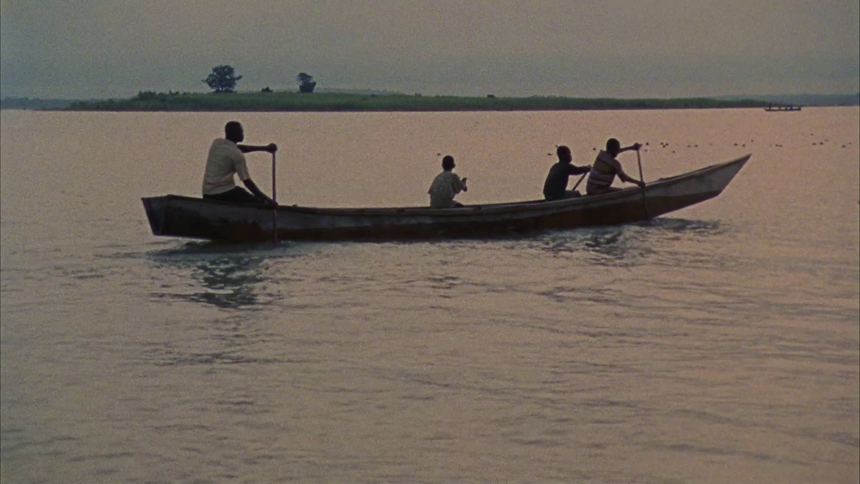 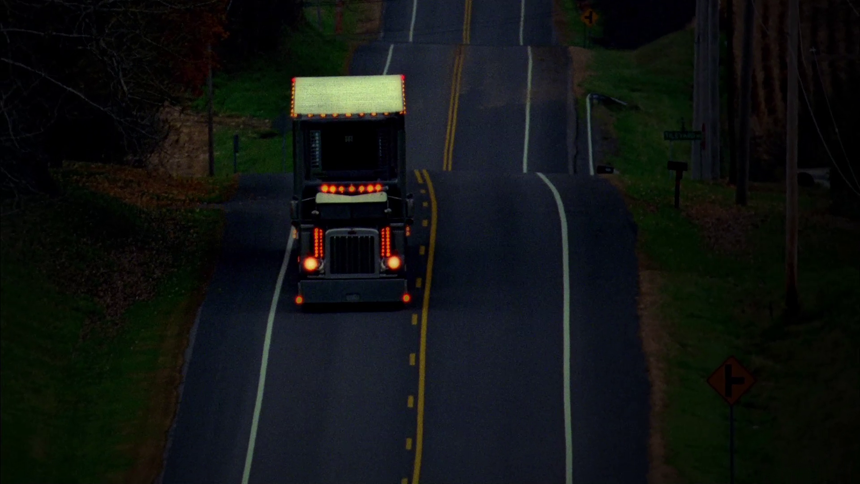 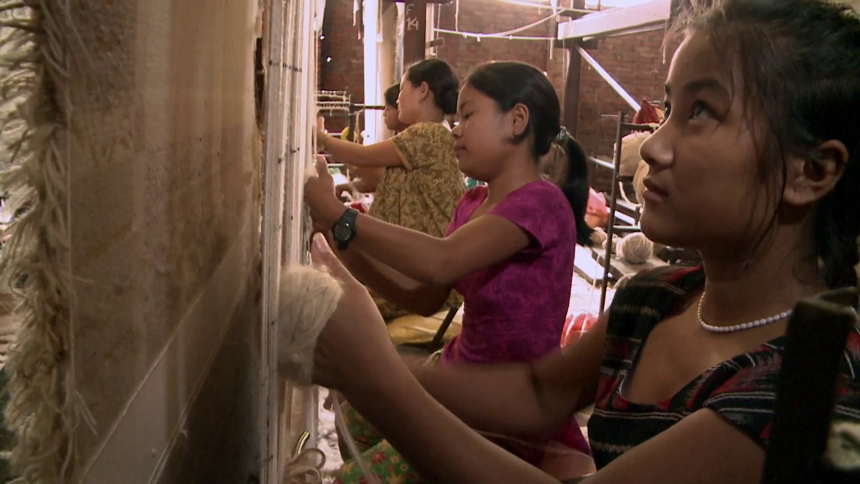 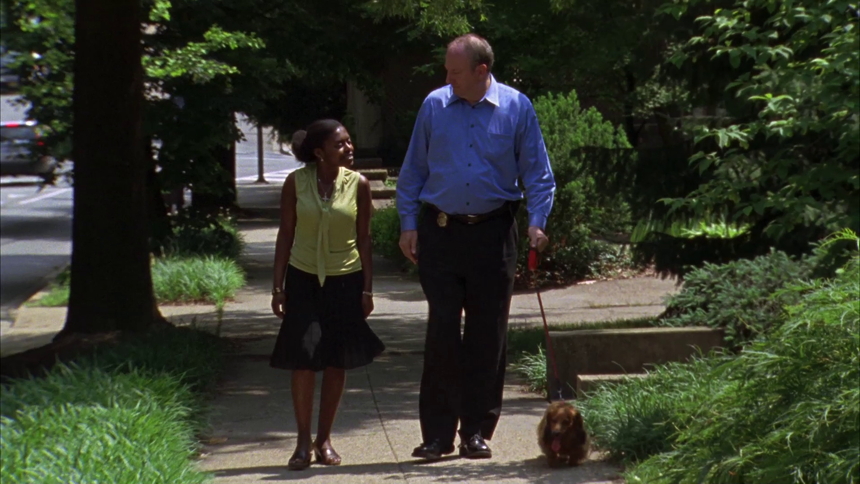 Moments of injustice across the globe

Globalisation has transformed the world into an arena where the fortunate flourish and the powerless perish regardless of national and economic boundaries. By the stamp of a passport one can wake up on the opposite side of the world in the span of a single day. As a South African living in Vienna having been educated in the United Kingdom, my own identity is an example of how small our world has become. I have family and friends living on almost every continent in the world. I know many people who are currently travelling the globe on a year out with the hope to broaden their horizons and make meaningful connections. A colleague who works in the same building as I flies to a different country several times a week on business, while my own films are mostly produced in cooperation with people in both the northern and southern hemispheres. It is staggering to contemplate just how much we have advanced in the last three decades. These advancements however have also opened up the world to previously localised criminals. Ruthless characters are just as able as before to exploit other people – this time only they are able to operate on a global stage curtained only by its sheer scale and the complete ignorance of the general public.

According to Free The Slaves (an NGO operating worldwide in high-risk countries such as India, Nepal, Ghana, Congo, Haiti and Brazil), this is due to the development of a global village that cannot keep up with unprecedented surges in population, migration, corruption and discrimination. They summarise the problem as follows:

Human trafficking and modern-day slavery have thus developed into a massive illegal industry generating an estimated $150 billion of illicit profit for traffickers, syndicates, pimps and rebel groups around the globe. 78 percent of trafficked individuals are forced to work in industries where manual labour is required. These industries include mining, farming, logging, fishing and brick making. The services industry also benefits from modern-day slavery, since trafficked people are often taken on as maids, dish washers, janitors and gardeners. 22 percent of trafficked people, especially women and girls, are eventually forced into prostitution against their will. What is more, it is estimated that 26 percent of all trafficked people are children under eighteen years of age. 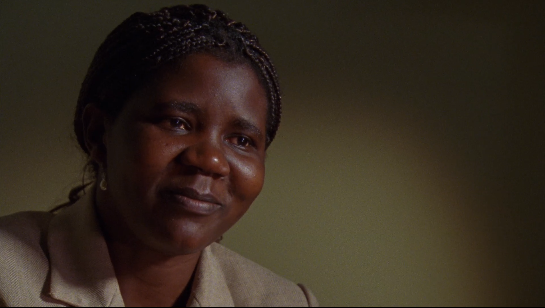 Grace, kidnapped by the Lord’s Resistance Army in Uganda and used as a child soldier

Unbelievably, over half a million of these children are forced into armed conflict. Grace was only a young girl when she was kidnapped by the so-called Lord’s Resistance Army in northern Uganda and forced to become a child soldier. Having escaped years later, she now works tirelessly in order to save children who are still forced to kill in the name of adult struggles.

Reflecting on the fate of her best friend Miriam, who is still in captivity, Grace’s wisdom shines through in a way that commands the utmost respect, given the nightmares she had to live through:

‘Why does any child have to suffer for that long? What crime have they committed that they have to suffer for that long? Slowly but sure I am healed. It is hard to say that you are healed because when I see all the things that are being done to children in different ways, it has not left me. I feel inside me like pain … shut … pain is shut inside me … that children are still going through what I went through. I feel inside me that this kind of evil must be stopped. It should never continue, because it is worse than evil that grownups are actually using children in armed conflict. Grownups raping children and grownups are destroying the future. It is something that I never come to … like … I constantly am trying to find the answer to why such a thing happens’
One can only agree with Grace when she impresses on the viewer that children deserve life … we all do.

All images in this article come from the documentary film Not my Life (2011). To purchase a copy of the film, go to the official website by clicking here.

The usage of these images are purely for educational purposes. We therefore subscribe to the view formulated by Oxford Journals on their website.