The filming of HORN: The human face of the poaching crisis 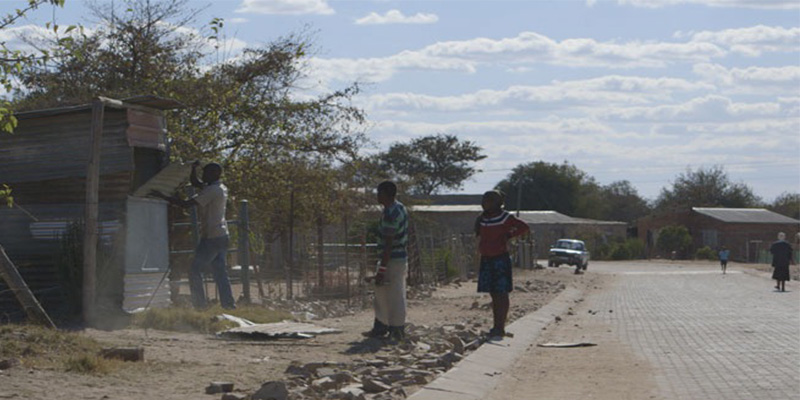 as published on Africa Geographic.

Considering the current situation in Africa, one cannot help but applaud the wisdom of this ancient philosopher. His astute observation forms one of the core arguments of the documentary HORN, which we filmed last year during July and August.

For centuries humans have been ‘harvesting’ natural resources, such as ivory, rhino horn, lion bone and tiger skin to fund wars, show social standing and benefit from the whole-hearted, yet naive belief of the healing properties of many such products. What became clear to me during the production of HORN was that rhino poaching is not merely a conservation issue. It is quite literally a human problem from start to finish with people killing the animals on one end of the chain and consuming the ‘product’ on the other.

However, the minimalism of this binary always sat quite uncomfortably with me, since I sensed that the reality must be much more complex. It cannot just be about stopping poaching in Africa and consuming in Asia.

While driving through the Leseding Township in the Limpopo province, this dimension presented itself to me in all its authentic reality. We were there to interview an employee of the Waterberg Welfare Society, July Letsebe, who lives with HIV/AIDS and actively works to prevent the disease from spreading in his community. Upon arriving, we walked down one of the streets to film some cutaways. Dozens of toddlers came running towards us; curious as to why we were there and had a camera.

I looked around, taking in the scene. On one end of the street there were the first of hundreds of makeshift shacks. Everywhere there were barefooted children playing in the dust or staring at us. No adult in sight, accept for two women entering the small HIV clinic we came to film.

Though I did not include this moment in the film, it significantly informed my thinking about it. I felt overwhelmed by the scale of poverty, unemployment, HIV/AIDS and abandonment in an area with a high rhino population. From the start I intended to highlight the social dimension of rhino poaching in South Africa, yet the extent of what it actually involves vividly dawned on me at this point. It presented itself in its human form – in the face of a teenager who had never seen a rhino, in the eyes of a child sitting in the street instead of being at school and in the belly of a girl heavily pregnant at the age of fifteen.

The cinematographer, David Cawley, felt similarly overwhelmed saying how hard it is to see the rhino ever standing a chance in the light of such socio-economic desperation. The rhino monitors we followed confirmed this dimension. Most of them do the training not out of a desire to save a species, but as a way out of unemployment. For them, protecting rhino becomes a way out of abject poverty. I realised that this dimension presents an opportunity to see the rhino as a living asset, not for individual profit but for the social empowerment of whole communities.

The experience of making the film thus engendered a hopeful note of understanding the dilemma many underprivileged communities face daily. As one of the trainees explained during filming: People doing this job live in fear, because they are often offered lucrative cash for information useful to poachers. If they accept, they kill the rhino; if they refuse, they get killed themselves.

So, we have Pythagoras again: As long as people massacre animals, they kill each other.

Join the community and add your voice!
Your information will NEVER be shared or sold to a 3rd party.
Get your FREE Video here: