Human Rights: Thoughts on their Authority and Limits 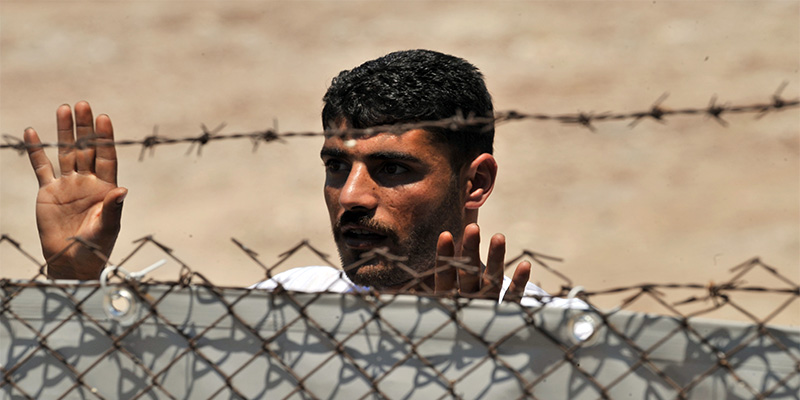 Human Rights: Thoughts on their Authority and Limits

The international discourse on justice and freedom has become almost inconceivable without the concept of “human rights.” It plays a major part in international relations and simultaneously concerns issues arising from the domestic status of individuals and communities and their treatment in their own countries. Likewise, there is a plethora of literature on human rights – sometimes quite critical – from several perspectives, including the philosophical, legal, social and economic angles. The purpose of this contribution is not to interact with all of this, but to explore the expression “human rights” itself in a basic way. What do these words say when they are used, as typically, in this fixed expression?

When one speaks of human rights generically, that is, about the concept itself in general without limiting its scope to specific rights or in terms of specific legislation, it implies several things.

1. Human rights are underpinned by the intrinsic value of being human

First, a right must be founded on something that makes it a right. It can only be a right if it is substantiated by the foundation on which it is based. If we speak of “human rights” in absolute terms, it does not mean, “A human has certain rights because such-and-such a law stipulates it.” Neither does it imply that humans have such rights because some authority has decreed it. The expression rather appeals to the quality of being human as the validation or foundation of these rights. When some rights are spoken of as “human rights,” it thus implies that a human being is entitled to them by virtue of the mere fact that that being is human.

The adjective “human” therefore does not mean that the rights are human, but that they apply to every human for the very reason that he or she is human. One could put it somewhat differently by saying human rights are essential, that is, they pertain to the essence of humanity. They are inherent to the core substance of humanness. Yet another way of expressing this is that humanity is both the object and the subject of the rights. That is, the rights are for humans (people are the object to which the rights apply) and the rights spring from the fact that people are human (humanity is the subject producing the rights). From this it necessarily follows that human rights are inalienable. No authority can legislate a human right away because no authority can legislate that a human being be deprived of humanness. If an authority would try to do that, for instance by prohibiting the education of girls, it either implies that girls are not fully human or that education for all is not a human right. Such a stance would declare them either subhuman or second class humans.

2. Humans are in need of the articulation and recognition of human rights

The second implication of an appeal to human rights is that they are necessary. The formulation of human rights is only necessary if what they stand for is disregarded and humans are exposed to their opposite.

For instance, it would not be necessary to formulate a human right to liberty if humans were not deprived of freedom through servitude, slavery and other forms of oppression.

Formulating human rights therefore presupposes that some people live at the expense of others. In other words, some usurp what life has to offer for their own advantage to the exclusion of others. This in turn presupposes that some humans can dominate others and in fact do so. Some have more power than others and exercise that power, whether it stems from numbers, ability, historical circumstances or other causes, to privilege themselves over fellow human beings in such a way as to deprive the weaker of the means of significant improvement of their quality of life. Since the rampant deployment of power for the benefit of some people to the detriment of others constitutes injustice, it needs to be curbed. Therefore it is necessary to formulate human rights that can curb unjust privilege and promote fair access to the benefits of human life on earth. Human rights are thus ultimately a matter of restraining power and advancing protection against the vulnerability of weakness.

3. Human rights require an authority with the power to enforce them

The concept developed above logically carries a further implication within itself, notably that human rights cannot be effective as mere abstract ideals, but need to be concretely incarnated and enforced if they are to be of any use. This is a crucial point, since here both the possibilities and the requirements of human rights on a universal scale become apparent. The United Nations Charter (1945) does claim to strive for the establishment of human rights worldwide (Articles 55 and 56), but itself provides no specifications, legislative procedures or authorisation of measures to enforce the rights. The Universal Declaration of Human Rights, adopted by the United Nations three years later, had the status of a resolution, which is not binding on its members. Although mustering an appreciable moral force in the service of human rights, these rights remained formally within the realm of moral principles that deserve to be practiced. However, the ideals of human rights have indeed developed tangible and practical manifestations:

4. The concept of human rights provides its own limits

As we have seen above, human rights curb the inappropriate application of power detrimental to members of humankind. But they also imply their own limits, that is, they keep themselves at bay.

For instance, the right of free expression may mean that all people are entitled to express their opinion. But all other people are equally entitled to stage opposition by expressing a different opinion.

This right cannot be invoked to slander people, since their human right of dignity would then be infringed. Human rights therefore limit each other by keeping each other in check. That is a reason why human rights are indivisible. Another is that they are intertwined, for instance, political rights have economic consequences and economic rights require political rights if they are to be achieved. Since human rights exist alongside one another, they complement each other. Since the various human rights are equally applicable to people with opposing interests, the concept constitutes a limit unto itself while benefiting humankind.

The very expression “human rights” thus implies absolute validity for the benefit of all members of humankind. But it does not imply an unqualified applicability, which would render it as arbitrary as that which it is supposed to replace.