The ‘War on Terror’: Post-9/11 Television Drama, Docudrama and Documentary 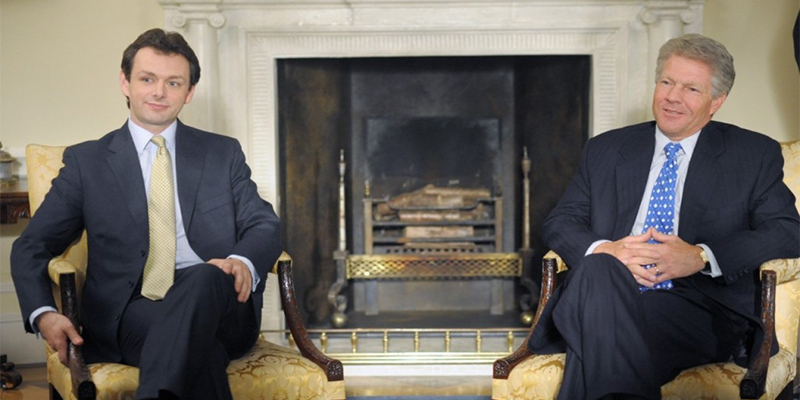 The ‘War on Terror’

review as originally published in Critical Studies in Television

Since 2001, scholarly attention to the effects of 9/11 on popular thought has been a central dimension of critical discourse across several disciplines. This is particularly due to the mediatory role television played as events were unfolding live in front of an astonished global viewership. It is therefore not surprising that television programmes appear to be plagued by the traumatic memory of the attacks. In this highly engaging collection, editors Stephan Lacey and Derek Paget emphasise how the televisual engagement with the ‘war on terror’ is inevitably haunted by the memory of those initial news images that still seem to play in our minds in a perpetual loop.

Fundamentally, the book can be divided into two overarching conceptual sections. The first half of the book is dedicated to the links between visual codes, generic conventions and the psychological impact of 9/11. Core texts that are considered here involve a selection of programmes from both the UK and the United States. The latter part of the book turns its focus on British programming so as to investigate the global implications of the ‘war on terror’. In this regard, current affairs programing and a selection of British docudramas provide a useful avenue to explore notions of ‘Britishness’.

In the first chapter, Paget usefully highlights how and why docudramas occupy a significant position in television productions dealing with the ‘war on terror’. Significantly, he also points to a central arch that traces the whole collection – the fact that televised ‘images of public events like 9/11 in some senses imitate the repetitive pattern of the traumatised mind’ in the attempt to make the ‘unbelievable believable’ (p. 12). The editors introduce this characteristic through the concept of the ‘bipolar’, a psychological condition afflicting the traumatised mind thereby resulting in heightened and contradicting emotions. Understanding post-9/11 television is therefore to understand a bipolar cultural climate that is both ‘aggressively offensive’ and ‘fearfully defensive’ (pp. 3-4).

The following chapter, authored by Lacey, emphasises this internal moral struggle brought on by terror. Significantly, he uses the concepts of the ‘embedded journalist’ vis-à-vis the ‘embedded narrative’ to investigate the complexity of representing a modern war through the prism of only a few characters. By focusing on docudramas dealing with retaliation efforts, he sharply draws attention to the potential that embedded dramaturgy holds for understanding the global significance of major historical events. In Lacey’s words, embedded narratives tell specific stories in order to ‘grant access to wider political and moral dilemmas’. (p. 37)

Steven N. Lipkin also considers moral ambiguity by drawing on the melodramatic nature of several post-9/11 programmes such as 24 and Generation Kill. He notes that by using melodramatic strategies these programmes negotiate with moral uncertainty, crisis of authority and the restoration of order in a destabilised world. He notes that similar to traditional melodramatic narrative devices, the ‘male in crisis’ is a recurring motif in narratives addressing the ‘war on terror’. Hugh Ortega Breton links paranoid codes and conventions to political and cultural anxieties thereby underlining the psychoanalytical dimension of post-9/11 television. This tendency, Ortega Breton argues, can be traced back to the paranoid and melodramatic ways in which political and news discourses on terrorism emphasise personal ‘vulnerability, fear and the physical destruction caused by a terrorist attack’ (p. 87). Janet McCabe offers strong support for the ‘male in crisis’ point-of-view. This sixth chapter notably examines the paradoxical nature of the television series CSI: NY. Through a close analysis of key sequences, McCabe illustrates how CSI: NY is engaged in the process of mourning (or coming to terms with) the attacks while trapped by the relentless memory of trauma. (p. 103). Bruce Bennett conversely scrutinises subversive models of masculinity by exploring the highly underrepresented potential of comedy to unashamedly ‘say things that would be unacceptable or controversial in another generic format’ (p. 76).

Issues of representation comprise a central vocal point in chapters by Steve Blandford and Stella Bruzzi, who both consider the implications of a ‘war on terror’ seen through the perspective of British identities on the one hand, and British politics on the other. These concerns tie in effortlessly with one of the most captivating chapters in the collection – notably that of David McQueen. Rather than concerning itself with how national identities are artistically represented in television programmes, McQueen methodically investigates the failure of accurate representation by BBC’s flagship current affairs programme Panorama. Offering the reader an account as to how producers responded (or failed to respond) to 9/11, McQueen cautions against institutional timidity in the face of such historic events.

The final chapter is dedicated to an interview by Paget with director Peter Kosminsky. This forms an appropriate conclusion in that Kosminsky’s personal experiences interestingly reflect some of the issues raised throughout the collection. Surveying their field from the same window therefore, the authors highlight a rich diversity while at the same time succeeding to create a unitary work that contributes significantly to the field of television studies.